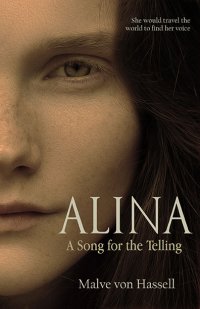 Alina: A Song for the Telling

Malve von Hassell
In this coming-of-age novel set in the 12th century, Alina, an aspiring musician from Provence, and her brother embark on a pilgrimage to the Holy Land. Their journey east takes them through the Byzantine Empire all the way to Jerusalem, where Alina is embroiled in political intrigue, theft, and murder, and finds her voice.
Historical Fiction
$2.65
$3.99
Amazon
Kobo
Google 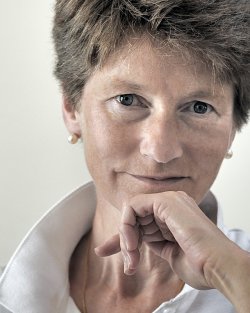 Malve von Hassell was born in Italy and spent part of her childhood in Belgium and Germany before moving to the United States. She lives in Southampton, New York, close to the ocean and a bay beach where she meets flying sea robins and turtles on her morning walks with her rescue dog Loki. Aside from reading and playing chess with her son, her favorite activities are gardening, anything to do with horses, and dreaming of going on a horseback riding tour in Mongolia. She is a freelance writer, researcher, and translator. She has published a children’s picture book, Letters from the Tooth Fairy (Mill City Press, 2012), written in response to her son’s letters to the tooth fairy. The Falconer’s Apprentice (namelos, 2015) was her first historical fiction novel for young readers. Her two most recent releases are The Amber Crane, a historical fiction novel set in Germany in the 17th century (Odyssey Books, 2021/forthcoming), and Alina: A Song for the Telling (BHC Press, 2020).