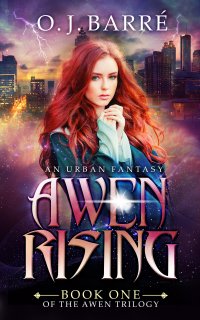 O. J. Barré
Beset by inner demons and disastrous storms, Emily must summon the courage to embrace her Druid destiny or a Reptilian horde will exterminate all humans, including her.
Fantasy
$0.00
$2.99
Amazon 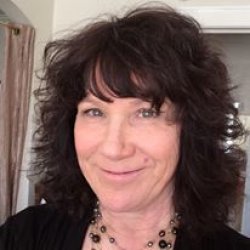 O.J. Barré hails from the lushly forested, red-clay hills near Atlanta, Georgia. From birth, O. J. was a force of nature. Barefoot and freckled, headstrong and gifted; she was, and is, sensitive to a fault. Books became her refuge as a young child, allowing O.J. to escape the confines of her turbulent alcoholic home on adventures to untold places and times. Her daddy’s mother was a Willoughby, making O. J. a direct descendant of William the Conqueror. Her Awen series is a love letter to that distant past. Some of her favorite novels have been those with animal characters. In the early 2000s, Terry Brooks's novel Magic Kingdom for Sale/Sold leapt off the racks of her local Barnes & Noble and into her hands, changing O. J.'s life forever. The series, with its quirky dog-scribe Abernathy and the other talking animal and earth characters, became one of O. J.'s favorites. Brooks's work directly influenced the creation of the Awen trilogy, as did her love of meditation, nature, natural healing, and cinema. Currently residing near Boise, Idaho, in the US, Ms. Barré splits her writing time with her work as a semi-retired chiropractor.