Between Nowhere and Lost

Alexandra Christle
An impossible choice between duty, desire, and faith – and the wrong decision could cost her everything.
Romance
$1.99
$4.99
Amazon
B&N
Kobo
Apple
Smashwords 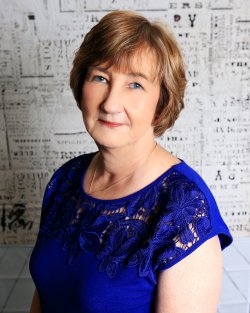 Alexandra has not traveled to 47 countries, worked in law enforcement for 25 years where she single-handedly apprehended ten of the world's most wanted, or practiced law or psychiatry. She doesn't speak 5 languages fluently, rival Beethoven on the piano, or send her rescue dogs to save flood victims. In fact, currently, she is pet-less.  She does, however, do a heck of a lot of research.   She has jumped from an airplane, spent the day on a commercial shrimp boat, spent a weekend with a houseful of Navy SEALs, and hitchhiked across 3 states. She has worked for newspapers, taught high school English, and had a lengthy stint as a graphic designer. Raised a son and daughter, scored 3 grandchildren; and, written a few books along the way.  The human condition and people fascinate her, and especially men. They are, in her words, pretty cool creatures.  And she imagines.