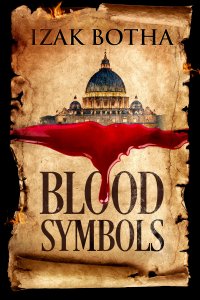 Izak Botha
When a New York journalist uncovers evidence that challenges the Vatican's apostolic succession it could jumpstart her career—if she doesn’t die first! Chased by scheming cardinals and the Vatican security, aided only by an aged professor, the son of an Italian Mafioso, and a mysterious—but handsome—Turk, Jennifer must decide whether to shake the foundations of the planet’s most dominant religion.
Mystery & Thriller
$0.00
$4.99
Amazon 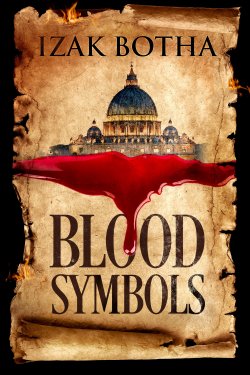 Izak Botha is a perpetual student of life, a former artist, athlete, performer with the Cape Town City Ballet, counselor, architect, entrepreneur, litigator versus multinational corporations, and author of Homo Angelicansis, Angelicals Reviewed, and Blood Symbols, which scored 10 out 10 and made Semi Finalist in Publishers Weekly’s, Book Life Prize 2017. Botha earned degrees in Building Science and in Architecture from the university of Port Elizabeth, South African. A brief stint as a designer, followed by successful endeavors in outdoor media and property development, saw Botha retire from the corporate world in 1992. Capitalizing on the majestic backdrop of Table Mountain and the hotspots of Cape Town’s idyllic beachfront, the next two decades were centered on examining the dogma obfuscating the disciplines of cosmology and evolution. Settling in a coastal village on the South Coast’s Garden Route, Botha was inspired to write his first novel, Blood Symbols, a religious conspiracy thriller examining the clandestine role of Imperial Rome in the rise of Christianity. With new insights driving the need to update his views on spirituality, Botha published Angelicals Reviewed. Professor George Claassen of Sceptic South Africa evaluates Botha’s writing as “a crucial analysis of evolutionary thinking that deserves to be read with care”, while Todd Mercer of Foreword Clarion Reviews applauds his work for its “inquiry and line of logic that seem beyond the merely plausible—it is urgently imperative.” Botha is presently working on his new novel.