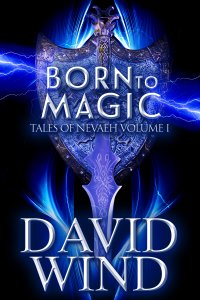 David Wind
If you lived in a Post-Apocalyptic world of Epic Fantasy—what would you do if the future of the world is in your hands? Thousands of years after America’s apocalypse, magical warfare thrives—can a young sorceress and the high king’s son confront a looming evil to save their world? This first-in-a-series fantasy has 450 + 5-star ratings—reviewers call it a mix of Shannara, The 100 & some GoT.
Fantasy
$0.00
$0.00
Amazon
B&N
Kobo
Apple
Google 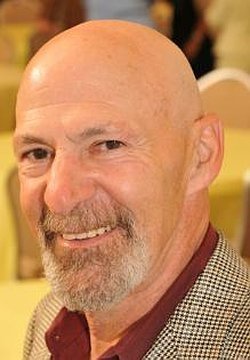 International award winning hybrid author David Wind, has published 43 novels of Science Fiction & Fantasy, Mystery & Suspense Thrillers, Contemporary Fiction. A double B.R.A.G Medallion honoree, he is the past President of the Florida Chapter of the Mystery Writers of America, and a member of the SFWA. He lives and writes in Boynton Beach. Born to Magic, Book 1 of David’s seven-volume Sci-Fi Fantasy series Tales of Nevaeh, is an international Amazon genre Best Seller; it was awarded the Silver medallion from the Drunken Druid International Literary Awards. To date 125,000+ copies have reached readers’ hands. Among David’s other novels are the medieval fantasy, Queen of Knights, Infinity’s Doorway, and a short story in Andre Norton’s Witch World II. In December of 2017, David published a novel based on the Harry Chapin Song, A Better Place To Be. The book, a B.R.A.G. medallion Honoree, also received the Bronze Award for Literary Excellence from Irelands DD International Awards. His Non-Fiction book, The Indie Writer’s Handbook, is David’s second book to be honored with a B.R.A.G. Medallion. Among his Mysteries & Thrillers are The Hyte Maneuver, (a Literary Guild alternate selection); The Sokova Convention, The Morrisy Manifest, Desperately Killing Suzanne, The Whistleblower’s Daughter, and Out of the Shadows.