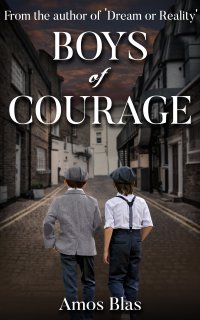 Amos Blas
Boys of Courage is a window into the horrors of the Holocaust. It tells how against all odds, the two heroes learned, each in his own different and powerful way, to cope by overcoming hardship and loss. The pair learn how to fight and bounce back.
Historical Fiction
$0.00
$3.99
Amazon 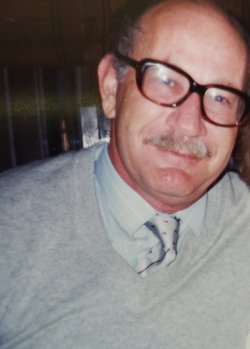 Amos Blas was born in Warsaw, 5 years before the outbreak of World War II and the German occupation of Poland. For three years, he survived the horrors of the Holocaust in the Ghetto, followed by two years of living under the borrowed identity of a Christian child in a Polish village. In 1947, an illiterate twelve-year-old boy, he arrived in Palestine with his parents. Studying mostly on his own, Amos Balas obtained a high school diploma, which enabled him to continue into academic studies. He served in the military as a non-combat soldier, because he had fallen ill with tuberculosis during the war. He was then admitted into university from where he received a B.Sc in Engineering with honors. For thirty-five years, he worked in design and development for the defense industry. In addition to his work, he went on to do research and receive an M.Sc. and a D.Sc. in Materials Engineering, earning several awards and recognition for his contributions. For ten more years, he taught as a professor in the College of Engineering until his retirement. Amos Blas is the father of three children, and has ten grandchildren and two great-grandchildren. His hobby has always been painting. His work, mostly abstract in style, has been shown in eight solo and several group art exhibitions. After his retirement he devoted himself to writing books, especially on the Holocaust. His first book was published with the encouragement and assistance of Yad Vashem, and he has published nine other books through various publishing houses. His third book, Boys of Courage is the second one to be translated into English.