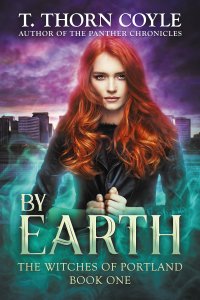 T. Thorn Coyle
A witch on the run. A ghost with a message. Can shy psychic Cassiel trust her magic again? And will it be enough to help save the city where she's finally found a home? If you like fast-paced plots, real-world issues, and a dash of romance, you'll love this bingeable paranormal series.
Paranormal
$0.00
$0.00
Amazon
B&N
Kobo
Apple
Google 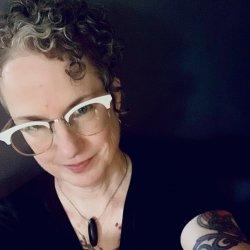 T. Thorn Coyle is a novelist, activist, musician, digital artist, teacher, former dancer, and a lover of magic. Author of the paranormal series The Witches of Portland, the alt history urban fantasy series The Panther Chronicles, and the epic fantasy series The Steel Clan Saga, Thorn’s non-fiction books include Sigil Magic for Writers, Artists & Other Creatives, Kissing the Limitless, Make Magic of Your Life, and Evolutionary Witchcraft. Thorn also released four albums of chants and songs, several short story collections, and their work appears in many magazines and anthologies. Thorn has taught in nine countries, on four continents, in twenty-five states, and in the strange spaces that live online. An interloper to the Pacific Northwest, they drink a lot of tea and talk to crows, squirrels, and trees.