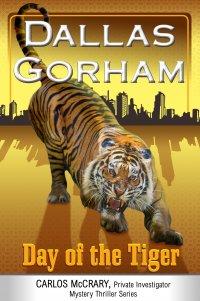 Day of the Tiger

Dallas Gorham
Tank Tyler is a powerful and wealthy Tiger by anyone’s definition. Tank’s old friend Al is lost in drugs and self-pity. Why does Tank keep bailing out a sheep like Al? Tank and Al share a sordid secret that ruined Al’s life and turned Tank’s dreams into nightmares that still haunt him. Al goes missing, and Tank hires Chuck McCrary to find him. What the hell has Al gotten himself into this time?
Mystery & Thriller
$0.00
$4.99
Amazon 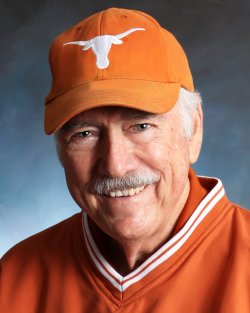 Dallas Gorham’s books combine murder, mystery, and general mayhem with a touch of humor—all done with a PG-13 rating. His Carlos McCrary series can be read and enjoyed in any order. Dallas writes in the mystery, thriller, and suspense genres. (Take your pick: His novels have all three elements) His stories will get your heart pounding and leave you wanting more. He writes to hit hard, have a good time, and leave as few grammar errors as possible (or is it “grammatical errors”? Hmm.) In his previous life, Dallas worked as a shoe salesman, grocery store sacker, florist deliverer, auditor, management consultant, association executive, accountant, radio announcer, and a paid assassin for the Florida Board of Cosmetology. (He is lying about one of those jobs.) If you ask him about it, he will deny ever having worked as an auditor. Dallas is frequent (but bad) golfer. He plays about once a week because that is all the abuse he can stand. One of his goals in life is to find more golf balls than he loses. He also is an accomplished liar (is this true?) and defender of down-trodden palm trees. Dallas is married to his one-and-only wife who treats him far better than he deserves. He and his wife spend waaaay too much money on their love of travel. They have visited all 50 states and over 90 foreign countries, the most recent of which was Indonesia, where their cruise ship stopped at Kuala Lumpur.