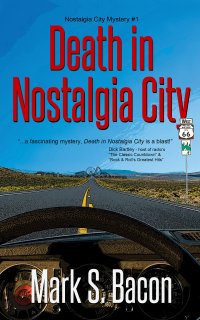 Mark S. Bacon
Lyle Deming fled the anxieties of being a cop for a job driving a cab in Nostalgia City, a sprawling theme park that re-creates a 1970s town. But when rides are sabotaged and tourists killed, he’s drafted to investigate. He and park exec Kate Sorensen, an ex college basketball star, go undercover to unravel a conspiracy of corporate greed and murder. Recommended by the American Library Assn.
Mystery & Thriller
$0.00
$2.99
Amazon 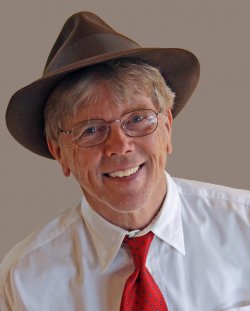 Before turning to fiction, Bacon wrote business books including Do-It-Yourself Direct Marketing, printed in four languages and three editions, named best business book of the year by the Library Journal, and selected by the Book of the Month Club and two other book clubs. His articles have appeared in the Washington Post, Cleveland Plain Dealer, San Antonio Express News, Orange County (Calif.) Register, and many other publications. Most recently he was a correspondent for the San Francisco Chronicle. The Marijuana Murders is the third book in the Nostalgia City mystery series that began with Death in Nostalgia City. The first book introduced ex-cop turned cab driver Lyle Deming and PR executive Kate Sorensen, a 6-2 former college basketball star. Death in Nostalgia City was recommended in February for book clubs by the American Library Association. Bacon is the author of flash fiction mystery books including, Cops, Crooks and Other Stories in 100 Words - Revised Edition. He taught journalism as a member of the adjunct faculty at Cal Poly University – Pomona, the University of Nevada – Reno, and the University of Redlands. He earned an MA in mass media from UNLV and a BA in journalism from Fresno State. He gets many of his ideas while walking his golden retriever, Willow.