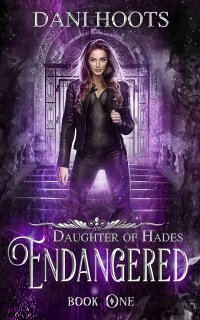 Dani Hoots
Fans of Greek Mythology will fall in love with Chrys, the daughter of Hades, as she sneaks out of the Underworld to see what Earth is all about. With her two friends, she sets out on an adventure like no other. Little does she know that the gods want her dead. Will she be able to get back to the Underworld before Zeus finds out she exists?
Teen & Young Adult
$0.99
$5.99
Amazon
Kobo
Apple
Google 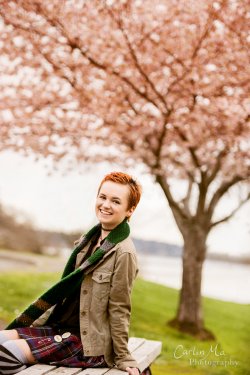 Dani Hoots is a science fiction, fantasy, romance, and young adult author who loves anything with a story. She has a B.S. in Anthropology, a Masters of Urban and Environmental Planning, a Certificate in Novel Writing from Arizona State University, and a BS in Herbal Science from Bastyr University. Currently she is working on a YA urban fantasy series called Daughter of Hades, a YA urban fantasy series called The Wonderland Chronicles, a historic fantasy vampire series called A World of Vampires, and a YA sci-fi series called Sanshlian Series. She has also started up an indie publishing company called FoxTales Press. She also works with Anthill Studios in creating comics through Antik Comics. Her hobbies include reading, watching anime, cooking, studying different languages, wire walking, hula hoop, and working with plants. She is also an herbalist and sells her concoctions on FoxCraft Apothecary. She lives in Phoenix with her husband and visits Seattle often.