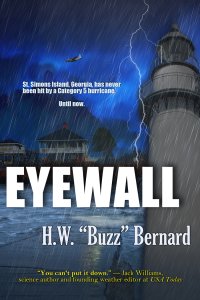 H. W. "Buzz" Bernard
A Hurricane Hunter trapped in the eye of a hurricane. A family unable to escape as the storm thunders toward them. A maverick weather forecaster clashing with a foul-mouthed TV executive. All in EYEWALL, a former number-one Kindle bestseller.
Mystery & Thriller
$0.99
$6.99
Amazon
B&N
Kobo
Apple
Google 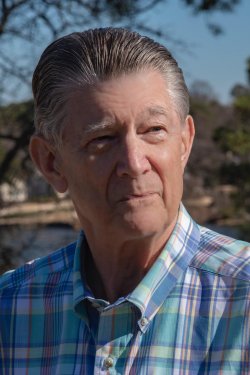 H. W. "Buzz" Bernard is a best-selling, award-winning novelist. Three of his novels, PLAGUE, SUPERCELL, and CASCADIA, won EPIC eBook awards in the suspense/thriller category. His debut novel, EYEWALL, became a number-one Kindle bestseller. His sixth novel, WHEN HEROES FLEW, will be released this spring. Buzz is a past president of the Southeastern Writers Association as well as a member of Military Writers Society of America, International Thriller Writers, Atlanta Writers Club, and Willamette Writers. He lives in Roswell, Georgia, with his wife Christina and a fuzzy Shih-Tzu named Stormy.