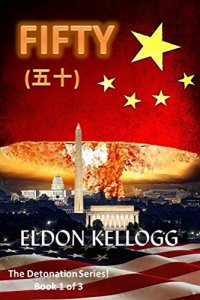 Eldon Kellogg
Amanda Langford was ecstatic. The CIA hired her as an analyst, and now she could start paying off her student debt. Then they gave her a file to review, and her life changed forever.
Mystery & Thriller
$2.99
$2.99
Amazon 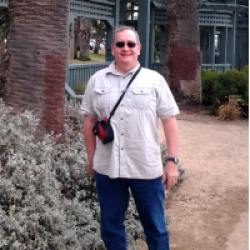 I was born in Durham, North Carolina on November 8, 1951. I attended NC State University from 1969 to 1972, majoring in mechanical engineering. Two problems: first, the drinking age back then was 18; second, I majored in engineering because all my friends majored in engineering (I found out the hard way that calculus and I didn't get along). My mother's comment was, "I don't know what you're going to do, but you're not living here." So, I enlisted in the US Army in 1972, during the Vietnam War, and found myself in the Infantry. Two years later, I applied for the Army's Nuclear Power Plant Operator's School, graduated in 1975 with a specialty in Radiation Protection. After spending three years in Honolulu, working at the Tripler Army Medical Center, I left the army in November 1979 with a wife, a two year old son, and no job. I started working at Three Mile Island Unit 2 in February 1980, 11 months after the accident. That started a career in nuclear power that lasted until 2012. I have written lesson plans, procedures and presentations galore (not exactly creative writing). Creative writing is different. You have to imagine a scene, place yourself inside it, and then describe what you are seeing in words (hopefully interesting words). FIFTY is the first novel in a series. It is followed by HARRIS and FIRE & WATER.