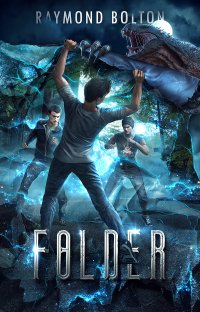 Raymond Bolton
Stricken with migraine headaches, Eric Folder is blind and defenseless when a gang of street thugs attacks him. Desperate to see he reflexively tears at the resulting aura and finds it's become tangible. When he tears it aside, his present reality folds away with it, the danger disappears. Attempts to fold out of future perils leave him in ever strange situations until his world is a nightmare.
Science Fiction
$0.99
$5.99
Amazon
B&N
Kobo 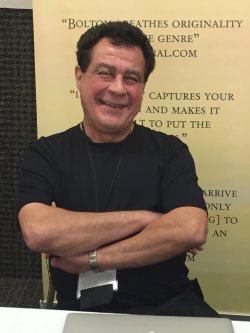 Raymond Bolton lives near Portland, Oregon with his wife, Toni, and their cats, Max and Arthur. He has written award-winning poetry and has published six novels. In 2017, WordFire Press, publisher of many bestselling and award-winning authors including Frank Herbert, Alan Dean Foster, Mike Resnick, Tracy Hickman, and David Farland, as well as the Dune and Star Wars series of novels, published Awakening, volume one of the Ydron Saga. In the latter part of 2018, it acquired and released the rest of that series. In 2015, Awakening was translated into Spanish, published as El despertar. In 2019, it was awarded two silver medals by the International Latino Book Awards: best science fiction novel in Spanish & best translation from English into Spanish. Awakening has been endorsed by the late Mike Resnick, while international award winning author, Paul Kane has given his endorsement to Thought Gazer, volume two of the Ydron Saga. Folder, his most recent work has already received praise from authors D. J. Butler and Anthony Dubronski.