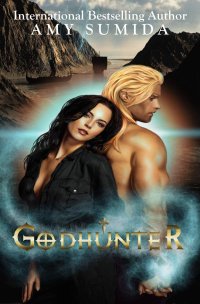 Amy Sumida
I killed the first god I met. It was self-defense. The kills that followed weren't. It was them or me. Until he showed up; gorgeous, deadly, and divine. One of them. He represents everything that I'm against. I should kill him, but I have the strangest feeling that I can trust him. As a witch, I always listen to my gut but this time those feelings might be coming from somewhere a little lower.
Paranormal
$0.00
$0.00
Amazon
B&N
Kobo 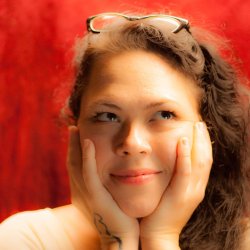 Amy Sumida is the Internationally Acclaimed author of the Award-Winning Godhunter Series, the fantasy paranormal Twilight Court Series, the Beyond the Godhunter Series, the music-oriented paranormal Spellsinger Series, the superhero Spectra Series, and several short stories. Her books have been translated into several languages, have won numerous awards, and are bestsellers. She believes in empowering women through her writing as well as providing everyone with a great escape from reality. Her stories are full of strong women and hot gods, shapeshifters, vampires, dragons, fairies, gargoyles... pretty much any type of supernatural, breathtakingly gorgeous man you can think of. Because why have normal when you could have paranormal? Born and raised in Hawaii, Amy made a perilous journey across the ocean with six cats to settle in the beautiful state of Oregon which reminds her a lot of Hawaii but without the cockroaches or evil sand. When she isn't trying to type fast enough to get down everything the voices in her head are saying while her kitties try to sabotage her with cuteness, she enjoys painting on canvases, walls, and anything else that will sit still long enough for the paint to dry. She's fueled by tea, inspired by music, and spends most of her time listening to the voices in her head.