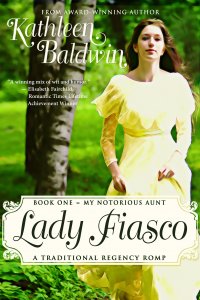 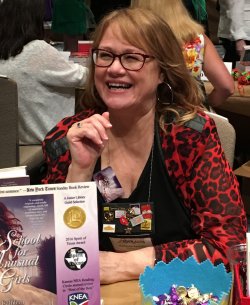 Kathleen Baldwin likes adventure in books AND in real life. She taught rock climbing in the Rockies, survival camped in the desert and snow, was stalked by a mountain lion, lost an argument with a rattlesnake, spent way too long in college, fell in love at least a dozen times, and married her very own hero. She's written several award-winning Traditional Regency Romances for Kensington, including Mistaken Kiss, a Holt Medallion Finalist. Kathleen's alternate history series for teens, a spy school for young ladies amidst Jane Austen's high society. A SCHOOL FOR UNUSUAL GIRLS, was a Junior Library Guild selection. Texas library Association awarded it the Spirit of Texas for reading programs. Kansas State NEA Reading Circle gave it a starred review in their “Best of the Best” for High Schools. Scholastic licensed it for school book fairs. Ian Bryce, producer of Spiderman, Transformers, Saving Private Ryan, and other blockbuster films, optioned the series for film.