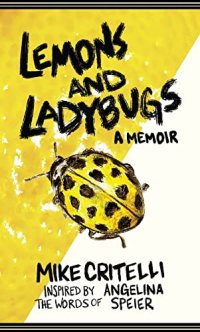 Mike Critelli
Mike was a writer in LA when his cousin Angel dropped the news: her husband, Kevin, had tongue cancer. He’d always been a man of few words, but when Kev truly lost his voice, Angel found her own, sharing their unbelievable story on Facebook. Years later, Angel approaches Mike to edit her digital diary. He agrees, in order to solve a riddle: behind the strong, silent façade, who, really, was Kevin?
Non-Fiction
$0.99
$7.99
Amazon

Mike Critelli is a multimedia storyteller fascinated by the human condition and tales of everyday people. With a background in filmmaking, he edited the full-length documentary, Livin’ Like Ribich, another authentic account of a community grappling with loss, and also wrote and co-produced the feature film, From The Rough, starring Tom Felton and Taraji P. Henson. In addition to film, Critelli dabbles in live performance, poetry and visual art. He has been an ordained wedding minister for over a decade, has appeared regularly on broadcast television, talking sports with Los Angeles local legend Fred Roggin, and on radio, co-hosting The Old Millennials with his wife Jill on KCSB-FM. He currently resides, happily, on California’s Central Coast.