Ron Vitale
What happened to Cinderella after she married the Prince? Set in the late 1700s as Napoleon is rising to power, Cinderella embarks on a journey to find her long lost Fairy Godmother to help her solve the mystery behind her mother's death. Yet the Fey Lord, the Silver Fox, also takes notice in her and her world is suddenly turned upside down...
Fantasy
$0.00
$0.00
Amazon
B&N
Kobo
Apple
Google 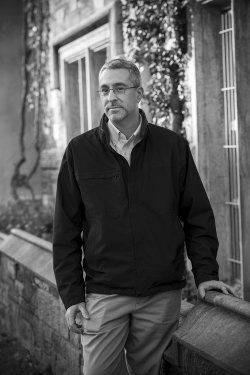 Ron Vitale is a fantasy and science fiction author. He has a Master’s degree in English Literature from Villanova University where he studied the works of Alice Walker and Margaret Atwood, interpreting their novels with a psychological Jungian approach by showing how the central female protagonists in their novels use storytelling as a means to heal themselves from trauma. He lives in a small town outside of Philadelphia, Pennsylvania. In the fall of 2008, he published his fantasy novel Dorothea’s Song as an audiobook on Podiobooks and for sale in the Amazon.com Kindle store, and in 2011 he published Lost, the first book in the Cinderella’s Secret Witch Diaries series, in 2012 the second book in the series, Stolen, was published, in 2014 the third book in the series, Found, was released, and the fourth book, Redemption, was published in 2018. Ron has since published Awakenings and Betrayals, books 1 and 2, of the Witch’s Coven Novel series, Faith, the first book in the Jovian Gate Chronicles, and Ahab's Daughter, Ahab’s Heir, and Ahab’s Descendants in the Werewhale Saga. He keeps himself busy by writing his blog, and on learning how to be a good father to his kids all while working on his next book.