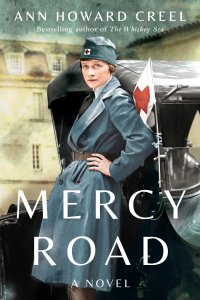 Ann Howard Creel
Inspired by the true story of the World War I American Women’s Hospital, "Mercy Road" is a novel about love, courage, and a female ambulance driver who risks everything.
Historical Fiction
$0.00
$3.99
Amazon 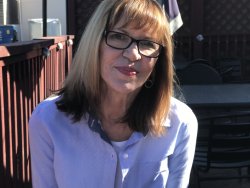 Ann Howard Creel was born to write. By the age of ten she was writing daily in a diary, and by the age of twelve she had written an entire novel on a typewriter her father was getting ready to throw away. She worked for many years as a Registered Nurse, but the urge to write never left her. So after work and tending to children's needs, she began to write again. During that time, she could have been found helping with math homework, making spaghetti, and writing a very drafty chapter all in the same night. After first writing for children, she turned her attention to Historical Fiction. Her first novel for adults, THE MAGIC OF ORDINARY DAYS, was made into a Hallmark Hall of Fame movie on CBS. Her recent titles have been Kindle bestsellers and include WHILE YOU WERE MINE, THE WHISKEY SEA, THE UNCERTAIN SEASON, THE RIVER WIDOW, and her latest, MERCY ROAD.