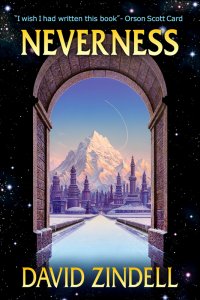 David Zindell
The price of greater life is death... Mallory Ringess sets across the Milky Way on a quest to find the Elder Eddas – nothing less than the secret of life embroidered in humanity’s oldest DNA. In the war that follows, he begins to grasp the infinite possibilities of evolution and what he will need to sacrifice in order save humankind from destruction and change the course of the universe.
Science Fiction
$0.00
$5.95
Amazon
B&N
Kobo
Apple
Smashwords 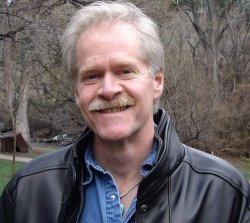 Internationally bestselling author David Zindell moved to the Rocky Mountains to devote himself to skiing, rock climbing, and writing, pretty much in that order. Writing eventually won out, and has become the passion of his life. After majoring in, at various times, philosophy, anthropology, linguistics, and physics, David graduated in 1984 from the University of Colorado with a degree in mathematics. An early story, “Shanidar,” won first prize in the Writers of the Future contest, and he was nominated for a Hugo award for best new writer of the year. His bestselling Neverness was shortlisted for the Arthur C. Clark award for the best science fiction novel published in the United Kingdom. A successor trilogy, A Requiem For Homo Sapiens (part of The Neverness Cycle), came next, followed by the five book Ea Cycle, which is a Grail quest to end all Grail quests. His memoir Splendor describes how his experience of surviving near-nuclear war and the revolutions of the 1960s led to the idea of how the world might be changed through the mysterious evolutionary force he calls splendor. This force plays out in his most recent novel, The Idiot Gods, which tells of the orca Arjuna’s quest to communicate with the human race about the future of life on earth. David’s work has been translated into German, French, Italian, Russian, Japanese, and many other languages including Serbo-Croatian. He lives in colorful Colorado, close to his two talented and amazing daughters.