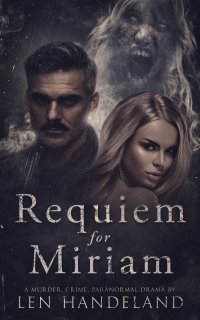 Len Handeland
Sidney and Miriam seem to be the perfect, successful New York couple, but their marriage is a tragic sham. When Sidney’s glamorous mistress, Tori, urges him to get rid of his troublesome wife, a murderous series of events ensues. Sidney kills Miriam in a fit of rage, and with her last breath, she curses him; she will haunt him for the rest of his life.
Paranormal
$1.99
$9.99
Amazon
B&N
Smashwords 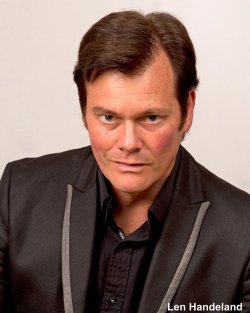 Len is a dynamic, award-winning writer. His novels span several genres, from paranormal and crime drama novels to his only nonfiction book based on his former career in the hair industry. Len has enjoyed writing as far back as middle school. To further enhance and better his writing, Len has taken many creative writing classes and, in 2017, attended The San Francisco International Writer’s Conference, which inspired him to write his first book, “The Darkest Gift,” based on his love of vampires. He credits the late Anne Rice as the author who inspired him the most to write his dark vampire story. His first book earned him 5-star reviews from readers and professional book reviewers. His first novel became a finalist in the American book fest contest in the fall of 2021. This spring, Len’s novel “The Darkest Gift” was awarded first place in the Bookfest 2022 awards in the category of Fiction/Horror. In addition, Len’s book and author interview were featured in the fall literature issue of “DeMode” magazine, with Len’s book named one of the ten must-read books of 2021. With the completion of Len’s second novel “Requiem for Miriam,” and his third based on his 27 years in the hair industry, “Tales from the Chair,” which recently was awarded first place in the “Firebird book awards” he’s writing his fourth book (“Transplant - The evil that lurks deep within”) to release in February of 2023.