The Battle of Jericho

walter marks
A disembodied foot washes up on an East Hampton beach. Detective Jericho's investigation leads him into a world of drug dealers, violence and murder.
Mystery & Thriller
$0.00
$2.99
Amazon 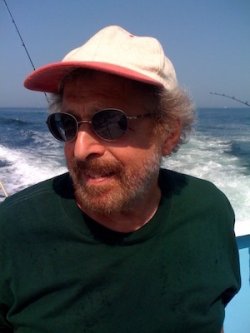 Walter Marks is also a songwriter.His best known his song “I’ve Gotta be Me”, recorded by Sammy Davis, Michael Jackson, Tony Bennett, and many others. He has also written songs recorded by Barbra Streisand, Ella Fitzgerald, The Temptations, Della Reese, Liza Minelli, Little Anthony and the Imperials, and other artists. Walter Marks’ first novel ¬— “Dangerous Behavior”, a psychological thriller, was published in hardcover by Carroll & Graf. His second novel “Death Hampton”, introduces Detective Jericho. The series continues with” The Battle of Jericho”, “The Hated”, “A Man’s Partner”, and “Amazing Detective.” “Tumbling Down” was published in Fall 2018.
Get Free and Discounted Ebooks
Join 150,000+ fellow readers! Enjoy our handpicked selection of great free and deeply discounted ebooks.