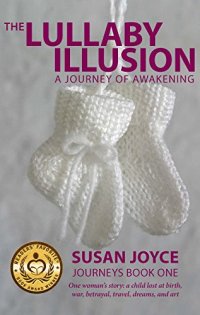 The Lullaby Illusion—A Journey of Awakening

Susan joyce
As a child, Susan lived for the clarity of excursions, with her dog Brownie, in the Arizona desert. To escape the chaos of her crowded home. And her Pentecostal preacher father. When she came of age, a husband promised a new life of adventure. And freedom. To Israel. To Cyprus, and a war that somehow involved her husband. Her clairvoyance almost got her killed in Belgium, and left her penniless in the street. In Germany, she reinvented herself as an artist and writer. This twelve-year memoir of profound personal transformation and friendships is a true page-turner. You will find yourself repeatedly asking “what could possibly happen next?”
Biographies & History
$0.99
$2.99
Amazon
Smashwords 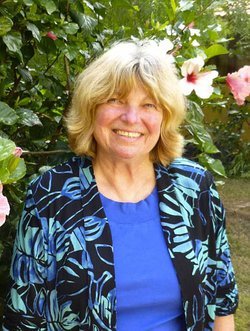 Born in Los Angeles California, Susan Joyce spent most of her childhood in Tucson, Arizona and returned to LA as a young working woman. Inspired as a child by postcards from her globe-trotting great aunt, Susan left the United States at age 20 to see the world. She planned on being gone for a year, but ended up living her 20s and 30s in Europe and the Middle East. As a Jill of all trades, she worked as a secretary, freelance writer, taught computer classes, wrote songs, and became an accomplished artist while writing her first children's book, "Peel, the Extraordinary Elephant." An award winning author and editor of children's books, Susan's first adult book in her memoir series, "The Lullaby Illusion--A Journey of Awakening" is a travelogue of the politics of Europe, the United States, and Israel during a twelve year 'roller-coaster' period of her life and an adventure of survival through friends and sheer determination. The Lullaby Illusion was awarded * Readers' Favorite 5-Stars and the 2014 GOLD Medal Winner, Non-Fiction--Travel in the 2014 Readers' Favorite International Book Awards. * Honorable Mention Prize Winner--2014 Stargazer Literary Prizes