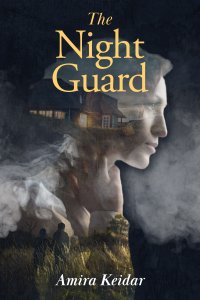 Amira Keidar
A teenage girl opens up a pandora’s box full of secrets, betrayals, and murder with dire consequences for herself and her community. A new historical mystery from the bestselling author of Lalechka, The Orphan Ghetto Girl!
Historical Fiction
$0.00
$3.99
Amazon

Amira Keidar (1963) is the bestselling author of Lalechka, The Orphan Ghetto Girl. Born in a Kibbutz in central Israel, Keidar traveled between Paris, Jerusalem, and Tel Aviv, finally settling down back in the same Kibbutz. Keidar studied political science and international relations, programming, graphic design and even crash investigation. She was an army officer, television producer, news investigator, flight attendant, and a marketing manager. Today, Keidar designs books and writes biographies. Keidar’s bestselling debut novel Lalechka is based on a true story set during world war II, relying on interviews, thorough research, and authentic documents. Lalechka was translated to English, Czech, Dutch, Polish, and Italian. It was widely received by both audiences and critics and became an international bestseller. The Night Guard is her second novel.
Get Free and Discounted Ebooks
Join 150,000+ fellow readers! Enjoy our handpicked selection of great free and deeply discounted ebooks.