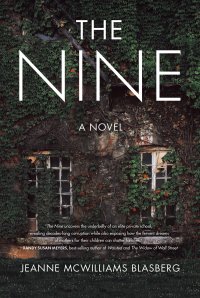 Jeanne Blasberg
When well-meaning helicopter mom Hannah Webber enrolls her brilliant son and the center of her world, Sam, into the boarding school of her dreams, neither of them is prepared for what awaits: an illicit underworld where decades of privileged conspiracy threaten not only Sam but also their fragile family. Forward INDIES Gold Award in Thriller/Suspense & National Indie Excellence Awards Winner.
Mystery & Thriller
$0.99
$16.95
Amazon
B&N
Kobo
Google 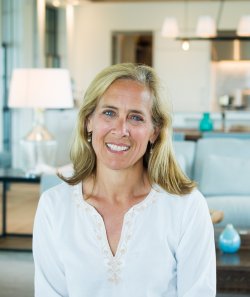 Jeanne Blasberg is the award-winning, bestselling author of Eden and The Nine. Her debut novel, Eden, is the winner of the Beverly Hills Book Awards for Women’s Fiction and finalist for both the Benjamin Franklin Award for Best New Voice in Fiction and the Sarton Women’s Book Award for Historical Fiction. Eden was released in May 2017 by She Writes Press. The Nine was released in August 2019 by She Writes Press, and is the winner of the Forward INDIES Gold Award in Thriller & Suspense, the National Indie Excellence Awards for Contemporary Fiction & Juror's Choice, and the 2020 Reader Views Reviewers Choice Silver Award for General Fiction. After graduating from Smith College, Jeanne embarked on a career in finance. Even as she worked primarily with numbers, she always had an interest in writing. She made stops on Wall Street, Macy’s, and wrote case studies at Harvard Business School before turning seriously to fiction. She has kept a journal throughout her life, eventually taking inspiration from her childhood writings to pen her first novel, Eden. Jeanne is the founder of the Westerly Memoir Project as well as a board member of the Boston Book Festival. She is a student and board member of Grub Street, one of the country’s pre-eminent creative writing centers, where she is currently developing her next novel. Jeanne and her husband split their time between Boston, MA and Westerly, RI. They love to travel, hike, ski, and spend time on the water.