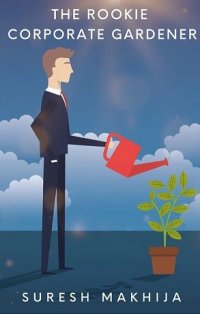 Suresh Makhija
The "Rookie Corporate Gardener" aims to enable every professional to adapt to the changing culture in the corporate world and be better prepared for potential layoffs that are growing in magnitude. Importantly, to also support affected colleagues to recognize their most undefeatable self and not get sucked into the vortex of a rejection syndrome.
Non-Fiction
$2.99
$6.99
Amazon 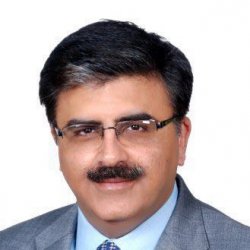 Suresh Makhija is a well acknowledged Corporate Leader with a distinct inclusive management philosophy. He determinedly adheres to, as well as advocates the viewpoint that "the janitor should be treated with the same respect as the CEO". A strong People's Person, Suresh is a keen advocate of enhancing the value of “human capital” in the corporate world, and that has been reflected in his governance style, leading by example and steering his team members to function independently, grow in their careers as well as be transparent and empathic with their own teams. He also consults regularly on professional online platforms that have global reach as well as often publishes on LinkedIn about contemporary as well as inspirational and motivational subjects. "The Rookie Corporate Gardener" is the first in line of several books that he intends to publish. He has himself been through several stints of Garden Leave as he progressed up the corporate hierarchy. At the end of each of these, he found himself to be in a better position, both professionally as well as personally. Currently, Suresh is the Chief Strategist at his entrepreneurial venture W2H Consulting, whose key aim is Unlocking Mastery–Why, What and How ! He encourages readers to connect with him on LinkedIn or follow W2H Consulting’s presence on social media – Facebook, LinkedIn, Twitter, and Instagram. They can also sign up at www.W2Hconsulting.com for a complimentary newsletter “Food for Thought and Much More”. On a personal note, Suresh lies in Mumbai, India, is the father of twins, a Confirmed Chocoholic and an eternal fan of the Minions !