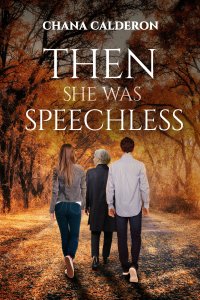 Then She Was Speechless

Chana Calderon
Ruth is an 80-year-old, who has suffered a stroke that left her without the capacity to speak. Bitter, Ruth decides she wishes to die, and asks for assistance. When the request becomes a reality, her children face a huge dilemma. What would they do?
Literary Fiction
$0.00
$3.99
Amazon 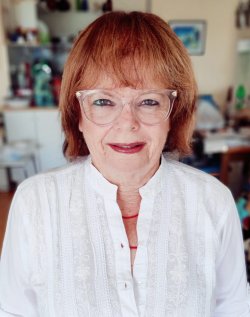 Chana Calderon (b. 1947) is a native of Tel Aviv, Israel. She studied film, television, drama and contemporary history of the Middle East at the Tel Aviv University. She has worked as a journalist, photographer, and editor for several prominent newspapers and magazines -mainly for Israel's leading newspaper, Ha'aretz. Chana created the documentary films Point of View (Channel 8, 2000), which won first prize at the International Film Festival in Haifa; and The Golden Cage (Channel 10, 2005 and Docaviv festival). She has worked as a scriptwriter in 'Bending Over Backwards', 'Bubbling', and 'Zap to One'. She taught journalism - writing and editing - for 24 years at The Koteret School of Journalism and Communication at Tel Aviv University, The College of Management Academic Studies, Netanya Academic College, and Camera Obscura. Chana studied photography in New York and Tel Aviv. Her photo exhibition Gazing at the Sunset (2017) was commissioned and produced by the Tel Aviv Municipality. She is Nimrod's mom. Then She Was Speechless is her first book.