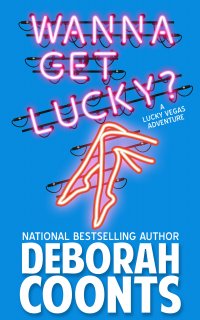 Deborah Coonts
It’s your lucky day because this listen is “funny, fast-paced, exuberant, and brilliantly realized” - (Susan Wiggs). Lucky O’Toole is determined to uncover the real story behind a woman’s death at a Las Vegas pirate show — but can anyone find justice in America’s most infamous city? A hilarious mystery that “hits the proverbial jackpot” - (Booklist).
Mystery & Thriller
$0.00
$0.00
Amazon
B&N
Kobo
Apple
Google 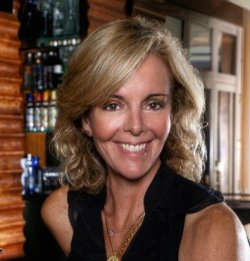 Deborah Coonts swears she was switched at birth. Coming from a family of homebodies, Deborah is the odd woman out, happiest with a passport, a high-limit credit card, her computer, and changing scenery outside her window. Goaded by an insatiable curiosity, she flies airplanes, rides motorcycles, travels the world, and pretends to be more of a badass than she probably is. Deborah is the author of the Lucky O’Toole Vegas Adventure series, a romantic mystery romp through Sin City. Wanna Get Lucky?, the first in the series, was a New York Times Notable Crime Novel and a double RITA™ Award Finalist. She has also penned the Kate Sawyer Medical Thriller series, the Brinda Rose Humorous Mystery series, as well as a couple of standalones. Although often on an adventure, you can always track her down at www.deborahcoonts.com.