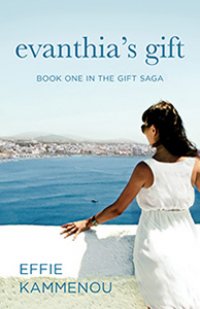 Effie Kammenou
An emotional & unforgettable multigenerational love story… An epic saga dating from German-occupied, war-torn Greece to the nostalgic NYC of the 1950s and through the ever-changing times of the 70s and 80s, all from the perspective of a mother and daughter yearning for true love while still holding onto their independence.
Romance
$0.99
$3.99
Amazon 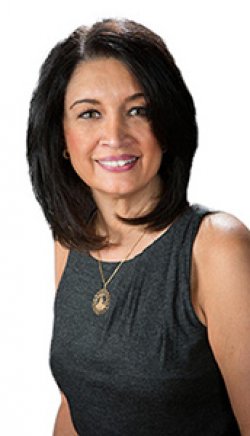 Effie Kammenou is a believer that it is never too late to chase your dreams, follow your heart or change your career. She is proof of that. At one time, long ago, she'd hoped that by her age, she would have had an Oscar in her hand after a successful career as an actor. Instead, she worked in the optical field for 40 years while raising her two daughters. In 2015, three years after the death of her mother from pancreatic cancer, she published her debut novel, Evanthia’s Gift, book one in a women’s fiction, multigenerational love story and family saga, inspired by her mother and her Greek heritage. Kammenou continues to pick her father’s brain for stories of his family’s life in Lesvos, Greece, and their journey to America. Her interview with him was published in the nationally circulated magazine Reminisce. The complete, award-winning series of The Gift Saga is available on Amazon in print, Kindle, and Audible—Evanthia’s Gift, Waiting For Aegina, Chasing Petalouthes. Her latest release, Love is What You Bake of it, is the first book in a new series. Effie Kammenou is a first-generation Greek-American who lives on Long Island with her husband and two daughters. When she’s not writing or posting recipes on her food blog, you can find her entertaining family and friends or traveling for ‘research.’ As an avid cook and baker, a skill she learned from watching her Athenian mother, she incorporated traditional Greek family recipes throughout the books for a little extra ‘flavor.’