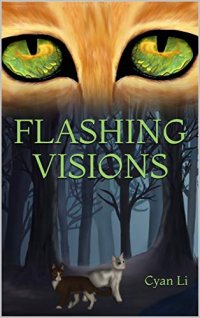 Cyan Li
A vengeful Fire Cat causes chaotic terror to the feline world. The lives of two unsuspecting housecats transform to desperate wild cats. They must figure out the past, decode prophetic visions, use survival training for deathly feline clan combat & transport to a deadly game simulation. Uncertain of the future, they are sure of one truism. If they survive, their lives are changed forever.
Children's
$0.00
$2.99
Amazon 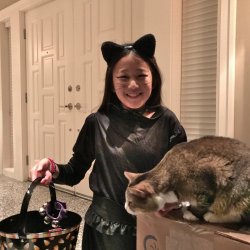 Out of the wild imagination and visionary capability of an 8-year-old cat lover emerges the author, Cyan Li. Cyan creates an exciting and riveting plotline of science fiction fantasy about the coming of age of two simple house cats. Taking 4 years to complete her first epic novel, Flashing Visions, became an eBook reality just days after she turned only 12-years-old. Her idea began one morning before going to school, when Cyan was watching Angela, her own housecat, eat breakfast. Oh yes! Angela loves to eat! Thinking about how the food would be gone soon, Cyan thought “she would probably still be very hungry even after the food was gone.” It was at this point Cyan’s mind began to spiral into the wonderful tale of Flashing Visions. All day, she thought and thought, imagining all the adventures Angela might experience in her very own cat universe. Amazingly, the inception of this book began with this idea Cyan Li had when she was only 8 years old. As Cyan grew so did this book, finally finishing it for you at age 11. And, as she just turns 12, it is published for you to read. Make no mistake, this captivating and deep plotted work of art is not just for children. It’s also perfect for the young teen and adult lover of action and adventure fantasy filled with cats.