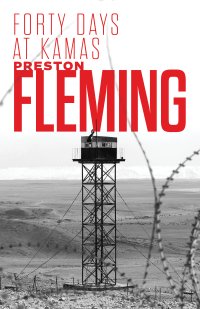 Preston Fleming
FORTY DAYS AT KAMAS is inspired by an account of a Soviet labor camp revolt in Aleksandr Solzhenitsyn’s GULAG ARCHIPELAGO. It portrays events at a future labor camp in Kamas, Utah, where inmates seize control. KAMAS offers a stirring portrait of a man determined to survive under the bleakest of conditions and against formidable odds while raising important questions about America’s future.
Mystery & Thriller
$0.00
$4.99
Amazon 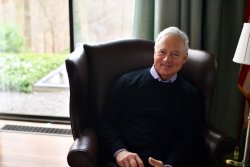 I wrote Dynamite Fishermen and Bride of a Bygone War to clear my head after eleven years of government service in places like Beirut, Cairo, Tunis, Jeddah, and Amman. I had already decided to write novels at age fourteen, during my first year as a boarding student at Exeter. My English instructor, a World War II combat veteran, advised those of us who wanted to follow the path of Melville, Conrad and Hemingway to first go out and live some adventures so that we would have stories that people might want to read. My adventures started in the Middle East and continued in Washington, Europe, the Russian Far East, Maui, Utah, New York and Boston. Particularly in the Middle East and Russia, I saw failed states and failed societies but was often surprised at how much their people had in common with Americans. This made me think about whether America might someday suffer its own breed of failure. During the 1930's, Americans watched Germany, Italy and Russia and asked, "Could it happen here?" Today, one might look around and ask the same. After writing Forty Days at Kamas and Star Chamber Brotherhood, my greatest concern has been that the novels gain attention before the events they describe become reality.