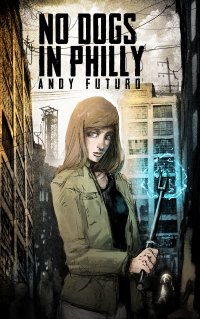 No Dogs in Philly

Andy Futuro
In a dystopian cyberpunk future, a tough-as-nails PI battles the nightmarish minions of the Hungry God in a desperate bid to save an alien host.
Science Fiction
$0.00
$0.00
Amazon
B&N
Apple
Google
Smashwords 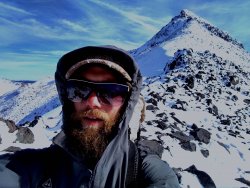 Andy Futuro is an American writer of speculative fiction, which has been variously categorized science fiction, cyberpunk, horror, noir, metaphysical, absurdist, and dystopian. Futuro's Special Sin series follows a strong female protagonist as she battles aliens, AIs, clones, corporations, psychics, and mutants, on a quest to avert the apocalypse. Futuro's influences include Neil Gaiman, William Gibson, H.P. Lovecraft, Neal Stephenson, Stephen King, Alan Moore, Robert A. Heinlein, Philip K. Dick, Frank Herbert, and Hugh Howey. Futuro seeks out and devours the best new books on Amazon, especially dark, gritty, and weird stories. His favorite pastime is browsing free books by indie authors and discovering future classics. When he isn't writing or reading, he is preparing for the alien invasion. The goal of No Dogs in Philly: A Cyberpunk Noir is to serve readers craving something different and surprising. No Dogs in Philly combines metaphysical horror with gritty cyberpunk and science fantasy elements. A strong female lead replaces the male lead in classic hardboiled noir. The futuristic dystopian setting follows the rules of absurdism. The alien invaders are truly alien. The monsters are truly monstrous. The Gods are truly God-like. And underneath it all is the sense that humans might not be so powerful.