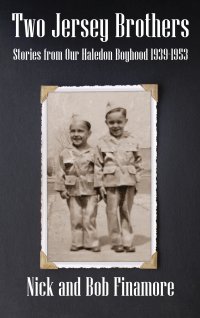 Nick and Bob Finamore
This book recounts the boyhoods of brothers Nick and Bob Finamore in the small town of Haledon, New Jersey in the post World War II era. Their grandparents emigrated from Fraine and Caserta, Italy, and most family members, worked in the mills of neighboring Paterson, the "Silk City." They recall the colorful Haledon customers they served in their family's vintage Belmont Diner.
Biographies & History
$0.00
$9.19
Amazon 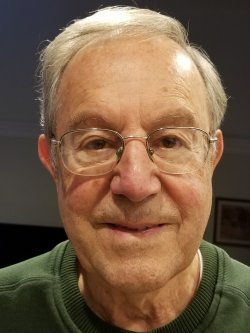 Nick Finamore is a retired AT&T Regional Vice President with a thirty-five-year career. Upon retirement, AT&T contracted with him for another twelve years as a loaned executive under three New Jersey governors to assist in improving state operations. This memoir describes many life-changing events and influences from his childhood, experiences which gave rise to a number of challenging hobbies. He became a pilot and partner in a Piper Arrow airplane; a performing pianist; a sailboat enthusiast on Cape Cod waters; and a licensed ham radio operator. Nick and his wife of fifty-eight years, Marie, live in Annandale, New Jersey. They have three children and six grandchildren. Bob Finamore's career in education spanned thirty-five years, during which he served as teacher, coach, driving instructor, and athletic director. An athlete from a very young age, he received many accolades, most notably MVP awards in high school, college, and a post-season bowl game. Bob recounts boyhood encounters with many famous sports names, including baseball's "Joltin'" Joe DiMaggio and "The Sultan of Swat" Babe Ruth; champion middleweight boxer Vince Martinez; and many more Following his graduation from Memphis State University, he was drafted by the New York Jets and afterwards served for two years in the U.S. Army during the Vietnam conflict. His wife, Shirley, passed away after forty-four years of marriage. He lives in Wayne, New Jersey and spends time with his daughter, son, and two grandchildren who live nearby.
Get Free and Discounted Ebooks
Join 150,000+ fellow readers! Enjoy our handpicked selection of great free and deeply discounted ebooks.